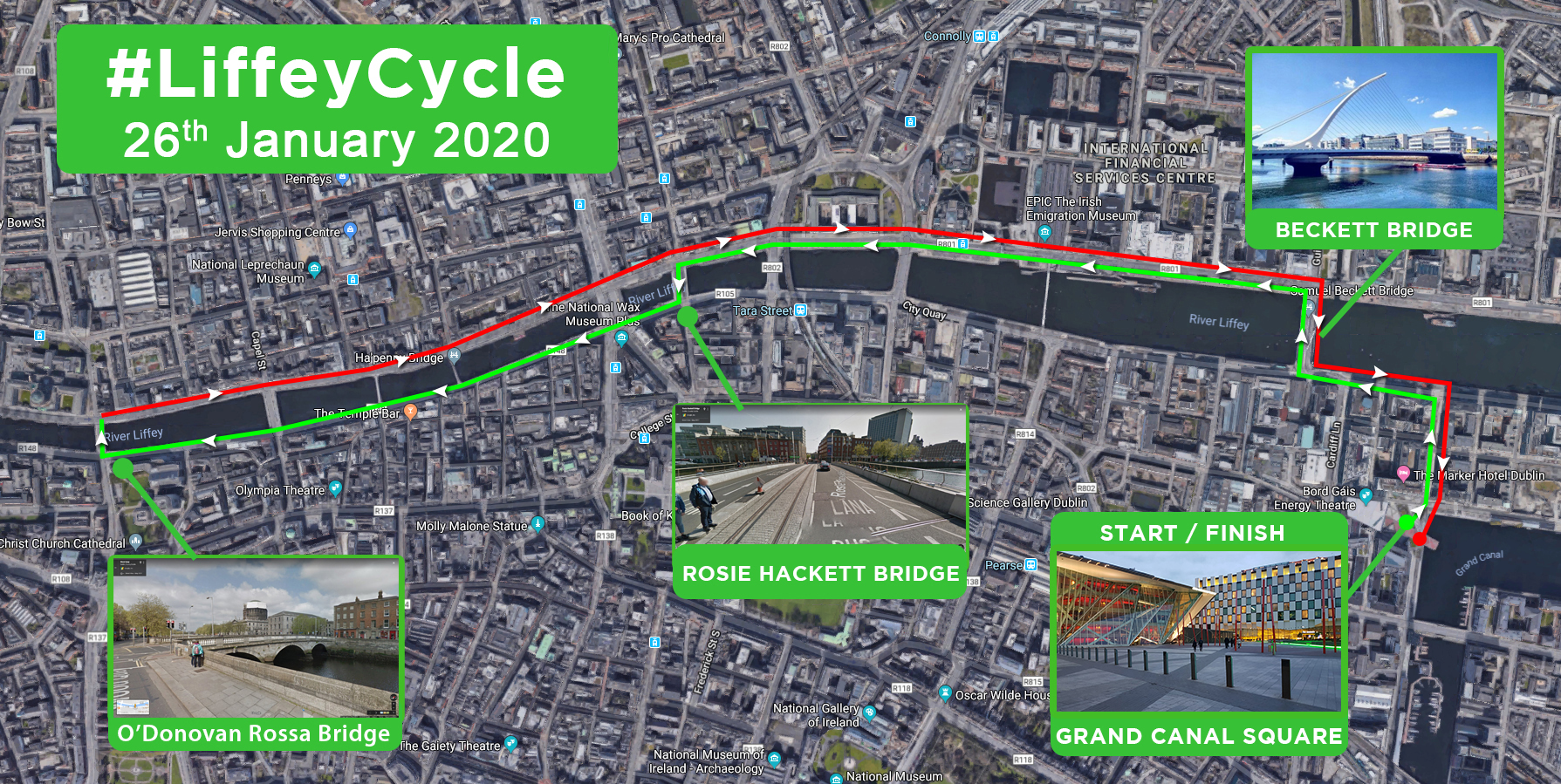 Due to ongoing delays in developing the Liffey Cycle Route we are relaunching the #LiffeyCycle protests and the next one will take place on Sunday 26th January.

We will gather in Grand Canal Square before setting off at 11am for a slow cycle around the Quays.

The current official plans for the Liffey Cycle Route wouldn’t see the project implemented until 2024 at the earliest - that would be 13 years after the project was first proposed!

Our #LiffeyCycle protest on Sunday 26th January will be a welcoming & inclusive event where people of all ages and abilities can come together to call for better cycling infrastructure in Dublin.

If you would like to marshal or help out at the protest, please sign up via this form.

Help us do more for cycling in Dublin by becoming a member!

The Campaign made a submission to Dublin City Council about their plans for...

The proposal for interim cycle safety measures along the Liffey Quays was...

Yesterday Dublin City Council published a report which recommended the...